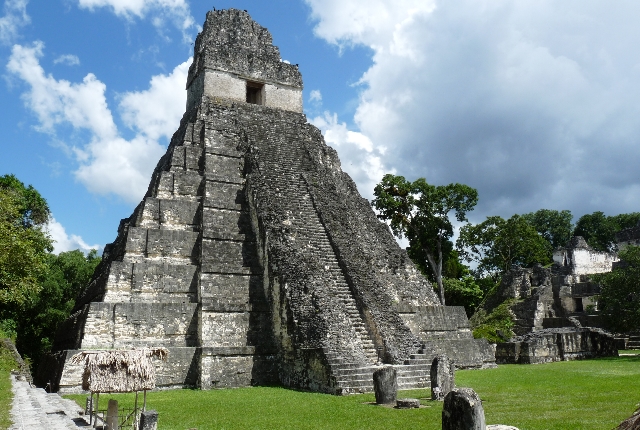 Top destinations in Guatemala and major festivals: The enigmatic Mayan culture that still inhabits the highlands offers authentic experiences through unique religious syncretism. This syncretism is a mixture of the Catholic faith brought by the Spaniards and the Mayan beliefs that are present in the festivals and celebrations that natives develop during all year.

Major Festivals in Guatemala : Jueves de la Ascencion at La Laguna de Chicabal in Quetzaltenango. La Laguna Chicabal is a lime-green lake, at 2712 m, in the crater of the extinct volcano of the same name. The Mayas believed the waters are sacred, and it is thought that if you swim in the lake, you will get ill. Ceremonies of Maya initiation are held at the lake in early May (40 days after Good Friday), known as Jueves de la Ascensión, and it’s celebrated with traditional music, flowers, and prayers at the Lake. Be respectful of the tradition, and you should not take pictures.

November 1st All Saints Day. November first is among the most important days of the year in Guatemala. During this day, we commemorate the Day of the Dead. This is a special event during which cemeteries are frequented and ornamented in reminiscence of family and friends. This is an union of ancient pagan beliefs, as well as the Catholic customs introduced over by the Spaniards within the XVI and XVII centuries. During this time, two significant festivities occur “the horse races in Todos Santos Cuchumatan, Huehuetenango,” and also the giant kites in Santiago and Sumpango Sacatepequez. Discover even more details at Guatemala Vacations.

Extra Guatemala attractions: Antigua Guatemala, most often referred to simply as Antigua, is one of the highlights of Guatemala and certainly one of the most beautiful cities in Central America. Set amid surrounding volcanoes, this former capital of Guatemala offers an unique glimpse of a city unblemished by modern day concrete buildings and high rises. Here, the cobbled streets are lined with lovely old colonial buildings, some of which show evidence of the earthquakes that have contributed to the city’s history. Everywhere in the old city center are grand churches and convents. While many of the buildings have been completely restored, some reveal cracks caused by past earthquakes, and some have been reduced to ruins. In many cases the ruins have been creatively incorporated into more recently constructed buildings, some of which are now hotels. The city has many interesting museums to explore, along with beautiful old convents that are open to visitors.

Often shortened to “Chichi”, this is THE shopping destination of Guatemala. Located between two and three hours southwest of Guatemala City, ChiChi may be home to the brightest and most vibrant native market in all of the Americas. With a vast array of local fabrics, textiles, clothing, masks, wood-crafted items, pottery and even fireworks, there’s no reason that anyone should leave Chichicastenango Market empty handed. The city is also famous for their ability to celebrate and often host festivals, feasts and fiestas which tourists are welcomed to share in. Read extra details at https://www.martsam.com/.